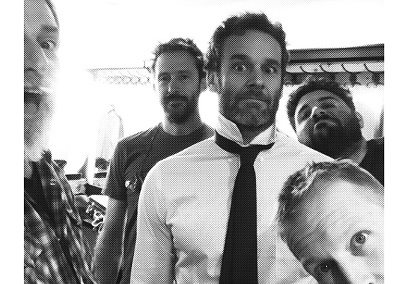 Carbon Leaf writes, records and produces its music independently from their studio in Richmond, VA, and has performed over 2,600 live shows across 17 albums in their long career.

The Virginia-based quintet rose out of Randolph-Macon College where, in 1992, the band met and began playing at college parties and fraternities. A move to Richmond, followed by heavy regional touring, saw the five piece coming into their own and developing a devoted fanbase. At the time, Richmond was a fertile music scene, also giving rise to like-minded acoustic rock acts like The Dave Matthews Band, Agents of Good Roots and the Pat McGee Band, helping to nurture the band to greater artistic heights. By 2001 they had released four records independently and had a radio hit with their single “The Boxer.” The success of that single sparked interest in record labels, and in 2004 they recorded Indian Summer, released on Vanguard Records to great acclaim. Tunes like “Life Less Ordinary” and “What About Everything” found regular rotation on AAA radio stations around the country.

The band stayed with Vanguard for six years, releasing several albums and continuing to tour the country, sharing the stage with acoustic rock juggernauts like The Dave Matthews Band, O.A.R., David Gray, and Great Big Sea among many others.  But by 2010, the band had decided to try the independent route again, cutting ties with Vanguard. Along with recording new studio albums (Ghost Dragon Attacks Castle, Constellation Prize), the band has re-recorded two of their earlier albums (Indian Summer & Love, Loss, Hope, Repeat) to expose a new generation of fans to their classic songs of the early 90s.

For more than 25 years, Carbon Leaf’s vibrant music continues to be their own story made by their own hands.

Tickets: starting at $29
(Fees may apply)