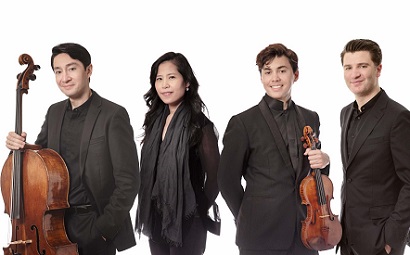 Bridging the Classical and Romantic music eras, the prolific Franz Schubert gave the world an astonishing wealth of compositions during his very short 31 years of life. In this program, CMS celebrates Schubert’s magical genius, barely recognized during his lifetime, with three of his most significant chamber music works: the lighthearted fantasy for Violin and Piano in C major, his splendid piano trio in B-flat major, No. 1, Op. 99, and his greatest piano duet, the Fantasie in F minor, a tragically beautiful farewell written during the final months of his life.

ABOUT THE CHAMBER MUSIC SOCIETY OF LINCOLN CENTER

The Chamber Music Society of Lincoln Center (CMS) is known for the extraordinary quality of its performances, its inspired programming, and for setting the benchmark for chamber music worldwide. Whether at its home in Alice Tully Hall at Lincoln Center in New York, on leading stages throughout North America, or at prestigious venues in Europe and Asia, CMS brings together the very best international artists from an ever-expanding roster of more than 150 artists per season, to provide audiences with the kind of exhilarating concert experiences that have led to critics calling CMS “an exploding star in the musical firmament” (Wall Street Journal). Education remains at the heart of CMS’ mission. Demonstrating the belief that the future of chamber music lies in engaging and expanding the audience, CMS has created multi-faceted education and audience development programs to bring chamber music to people from a wide range of backgrounds, ages, and levels of musical knowledge. As this venerable institution approaches its 50th anniversary season in 2020, its commitment to artistic excellence and to serving the art of chamber music, in everything that it does, is stronger than ever.