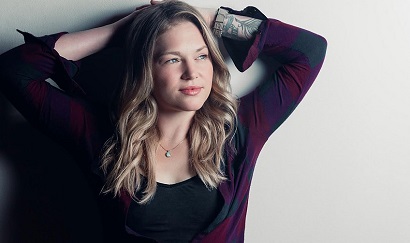 While best known as a beloved American Idol finalist, Crystal Bowersox has since proven to be more than simply a gifted singer with soul and dreadlocks. She’s blossomed into a widely respected and strikingly independent artist and songwriter.

“Bluesy and soulful, with a voice incapable of artifice...” -The Washington Post

Since her season of wowing audiences around the world on American Idol, Bowersox has released two new records, the most recent being the country/soul accented All That for This in 2013, which opened to widespread critical acclaim and boasted a guest duet with Jakob Dylan.  The record was produced by the great Steve Berlin (Los Lobos), who brought a suitably earthy and rustic feel to the recording.  Her debut record, Farmer’s Daughter, was more of a pop-flavored outing, released on the heels of her successful American Idol run.

Bowersox was no performance rookie when she busted out into the mainstream on American Idol. She was already a veteran of the club circuit.  Bowersox was born in a small Ohio town and started playing music at an early age (had her first paid gig at age 10) singing and touring locally with her brothers in their own rock band. She moved to Chicago in her late teens and began busking on the street and playing in local clubs honing her unique style, a mix of rock, soul, folk and country. In 2007, Bowersox traveled internationally on an independent small cafe tour, including Memphis, Tennessee, Oaxaca, Mexico and Istanbul, Turkey. She was ready for the spotlight when American Idol came calling, and the rest is history.

In 2017, Bowersox released her most recent record, a live album called Alive, to widespread critical acclaim.

Tickets: starting at $29
(Fees may apply)