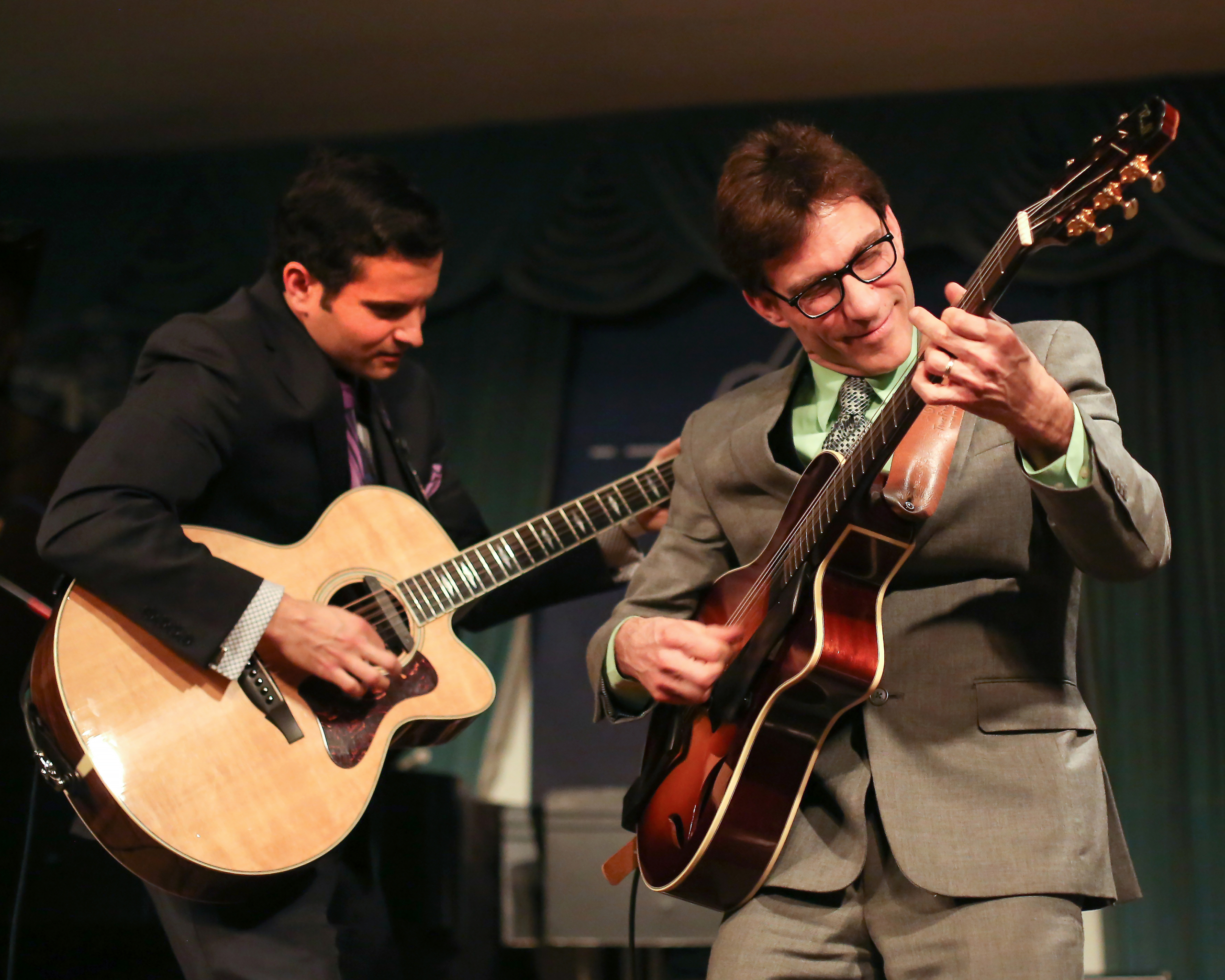 Frank Vignola is known as one of the most extraordinary and versatile guitarists performing today, able to excel in a variety of styles, from gypsy swing to fusion to hard bop to pop. He returns to Rockport along with guitarist Vinny Raniolo.

Vignola’s stunning virtuosity has made him the guitarist of choice for many of the world’s top musicians, including Ringo Starr, Madonna, Donald Fagen, Wynton Marsalis, Tommy Emmanuel, Mark O Connor, the Boston Pops, the New York Pops, and guitar legend Les Paul, who named Vignola to his “Five Most Admired Guitarists List” for the Wall Street Journal. Vignola’s jaw-dropping technique explains why the New York Times deemed him “one of the brightest…stars of the guitar”.

The native New Yorker studied at the Cultural Arts Center of Long Island and became an in-demand sideman throughout the 1980s, before signing with Concord Jazz in the early 90’s. His debut Appel Direct, heralded the appearance of a uniquely skilled guitarist. Since then, he’s released a handful of well-received records including outings with Tommy Emmanuel, Bucky Pizzarelli, David Grisman, and his frequent duo partner Vinny Raniolo.