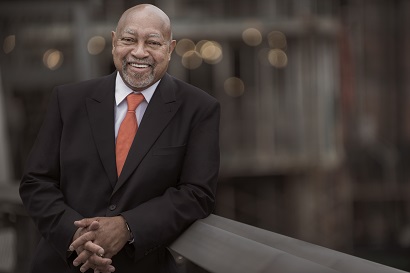 A link to the video will be sent via email within 48 hours prior to the broadcast. For purchases after that point, the viewing link will be sent in the ticket confirmation email.  The concert is available for viewing through Sunday evening, January 17, and ticket sales will remain open through Sunday, January 17 at 8 pm.

Honored by The National Endowment for the Arts as a 2010 Jazz Master, Kenny Barron has an unmatched ability to mesmerize audiences with his elegant playing, sensitive melodies and infectious rhythms.

One of the most sought-after pianists of the post-bop era, Kenny Barron has played on literally hundreds of jazz recordings, many being some of the genre’s most iconic and beloved. His unmatched ability to mesmerize audiences with his elegant playing, sensitive melodies and infectious rhythms is what inspired The Los Angeles Times to name him “one of the top jazz pianists in the world” and Jazz Weekly to call him “the most lyrical piano player of our time.”

“the most lyrical piano player of our time.”- Jazz Weekly

With over 40 recordings as a leader, Barron has received ten Grammy nominations for his albums. Barron’s most recent was released last year, an acclaimed quintet outing called Concentric Circles. Barron consistently wins the jazz critics’ and readers’ polls, including Downbeat, Jazz   Times and Jazziz magazines. In 2005 he was inducted into the American Jazz Hall of Fame and won a MAC Lifetime Achievement Award. He is a six-time recipient of Best Pianist by the Jazz Journalists Association and was a finalist in the prestigious 2001 Jazz Par International Jazz Award.  Whether he is playing solo, trio or quintet, Kenny Barron is recognized the world over as a master of performance and composition.