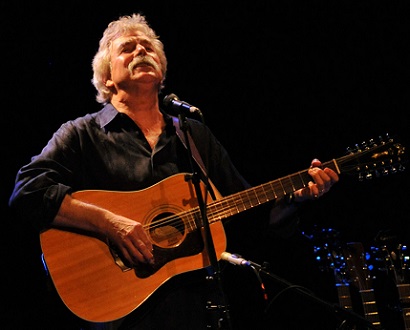 In what has become a delightful, much-anticipated Rockport tradition, folk legend Tom Rush returns to the Shalin Liu Performance Center. Rush’s easy, world-weary baritone and nimble finger-picking combined with his wry, poignant songwriting made him a star of the 60’s urban folk revival.

“It was Rush’s humor – his timing was Seinfeldesque – as much as his warm voice and deft guitar-playing that carried the show.” - Chicago Tribune

Rush’s impact on the American music scene has been profound. He helped shape the folk revival in the ’60s and the renaissance of the ’80s and ’90s, his music having left its stamp on generations of artists including superstars like James Taylor and Garth Brooks. His early recordings introduced the world to the work of Joni Mitchell, Jackson Browne and James Taylor; and in more recent years, his Club 47 concerts have brought artists such as Nanci Griffith and Shawn Colvin to wider audiences when they were just beginning to build their own reputations.

Rush’s timeless originals, including beloved songs like “No Regrets” and “Galveston Flood,” have become true classics, residing in the heart of the folk canon. His annual appearances in Rockport have become treasured “don’t miss” events. 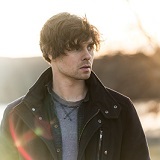 MATT NAKOA is an internationally touring singer/songwriter, recently appearing at The White House, throughout India, and regularly with folk icon Tom Rush. Growing up in rural NY State, Matt discovered music as a means of teenage escape and trained to be a concert pianist. Matt was ultimately accepted as a vocalist to Berklee College of Music where he studied alongside soon-to-be Grammy winners St. Vincent and Esperanza Spalding among others. After school, Matt landed in NYC’s vibrant piano bar scene. There he quickly became a star performer at Manhattan’s famous Brandy’s Piano Bar, with lines waiting outside the door each Saturday night.

As if illustrating two sides of himself, Matt’s first album, Light In The Dark (2012), is a sweeping pop opus, while A Dozen Other Loves (2014) explores an intimate acoustic palette. Across the board his song craft has garnered awards, including a win at Kerrville Folk Festival’s prestigious New Folk Competition. A recent review on CoverLayDown.com said, “Matt Nakoa is a musical adept, one of those well kept secrets you just can’t help but celebrate: intimate and genuine, soulful and bittersweet, a rich poetic songbook sung in praise to a complicated, emotionally present world.”    Artist’s Website

Please Note: After clicking on the Purchase button, please select the performance you wish before selecting your seats.