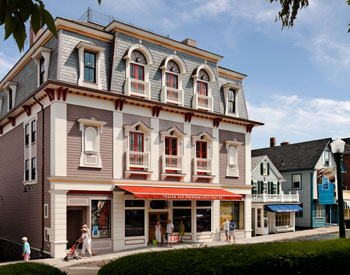 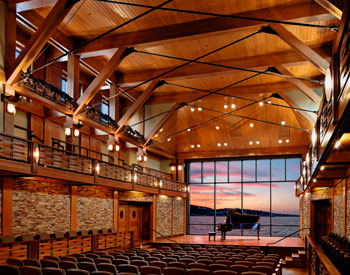 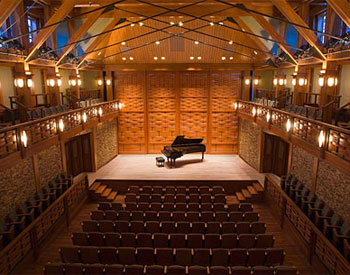 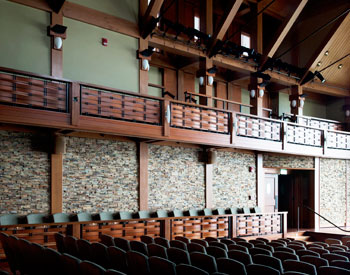 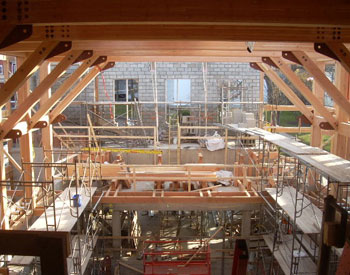 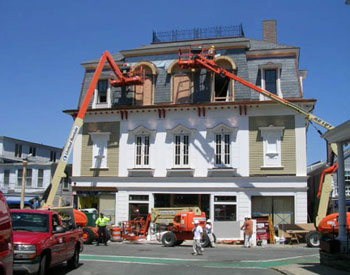 A Home for Rockport Music and the Rockport Chamber Music Festival

On June 10, 2010, Rockport Music opened the doors to the Shalin Liu Performance Center. We believe this extraordinary building – with its spectacular views and superb acoustics – has become an important cultural resource for the greater Boston community, attracting well-known performers, audiences, and visitors to Cape Ann.

The performance center, designed to showcase chamber music, is the home of Rockport Music’s signature presentation, the Rockport Chamber Music Festival, which includes over 20 concerts, as well as pre-concert lectures, open rehearsals and free events for families. In order to appeal to a broad range of tastes, the center also hosts the Rockport Jazz Festival, as well as a diverse series of classical, jazz, folk, world and pop music concerts; HD broadcasts from the Metropolitan Opera and England’s National Theatre and films.

An Elegant Building Where All Are Welcome

The exuberant and festive design of the new performance center honors its historic Rockport setting, but incorporates state-of-the art amenities, including:

*Due to rehearsals and other scheduled events, sometimes the Hall cannot be available for the open house, so please check with the box office to check a specific date.

During June-August, the Shalin Liu Performance Center will have open lobby hours for information and viewing (if available) every Tuesday, Thursday, Friday and Saturday 10am-2pm.  This is in addition to the docent-hosted open house periods.

The construction of the Shalin Liu Performance Center was a collaboration between lead architects Alan Joslin and Deborah Epstein (Epstein Joslin Architects, Cambridge, MA) and internationally known acoustician R. Lawrence Kirkegaard (Kirkegaard Associates, Chicago, IL). Joslin and Kirkegaard have worked together on performing arts venues for over 20 years, beginning with the design of Ozawa Hall at Tanglewood for the Boston Symphony Orchestra

“I have had the great pleasure of witnessing an inspired collective vision that sees the importance of classical music and musical creativity as vital to the enrichment of the human spirit, and recognizes a responsibility to keep this alive not only through performances of the highest standards, but also through education, whether that be in the schools or through adult lifelong learning. May the new building articulate these beliefs and show the respect Rockport Music has for the region that has helped nurtured its success.” — Alan Joslin, Principal-in-Charge, Epstein Joslin Architects

December 2009—Floor to ceiling window installed at back of stage